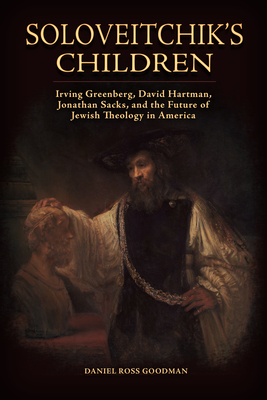 Orthodox Judaism is one of the fastest-growing religious communities in contemporary American life. Anyone who wishes to understand more about Judaism in America will need to consider the tenets and practices of Orthodox Judaism: who its adherents are, what they believe in, what motivates them, and to whom they turn for moral, intellectual, and spiritual guidance.

Among those spiritual leaders none looms larger than Rabbi Joseph B. Soloveitchik, heir to the legendary Talmudic dynasty of Brisk and a teacher and ordainer of thousands of rabbis during his time as a Talmud teacher at Yeshiva University from the Second World War until the 1980s. Soloveitchik was not only a Talmudic authority but a scholar of Western philosophy. While many books and articles have been written about Soloveitchik’s legacy and his influence on American Orthodoxy, few have looked carefully at his disciples in Torah and Talmud study, and even fewer at his disciples in Jewish thought and philosophy.

Soloveitchik’s Children: Irving Greenberg, David Hartman, Jonathan Sacks, and the Future of Jewish Theology in America is the first book to study closely three of Soloveitchik’s major disciples in Jewish thought and philosophy: Rabbis Irving (“Yitz”) Greenberg, David Hartman, and Jonathan Sacks. Daniel Ross Goodman narrates how each of these three major modern Jewish thinkers learned from and adapted Soloveitchik’s teachings in their own ways, even while advancing his philosophical and theological legacy.

The story of religious life and Judaism in contemporary America is incomplete without an understanding of how three of the most consequential Jewish thinkers of this generation adapted the teachings of one of the most consequential Jewish thinkers of the previous generation. Soloveitchik’s Children tells this gripping intellectual and religious story in a learned and engaging manner, shining a light on where Jewish religious thought in the United States currently stands—and where it may be heading in future generations.

Daniel Ross Goodman is a research scholar in the Theology Department at the University of Salzburg. He is the author of Somewhere Over the Rainbow: Wonder and Religion in American Cinema and A Single Life.