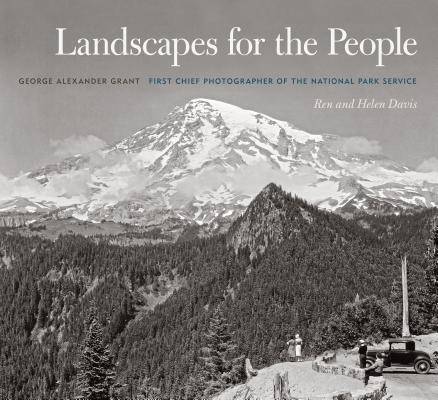 George Alexander Grant is an unknown elder in the field of American landscape photography. Just as they did the work of his contemporaries Ansel Adams, Edward Weston, Eliot Porter, and others, millions of people viewed Grant's photographs; unlike those contemporaries, few even knew Grant's name. Landscapes for the People shares his story through his remarkable images and a compelling biography profiling patience, perseverance, dedication, and an unsurpassed love of the natural and historic places that Americans chose to preserve.

A Pennsylvania native, Grant was introduced to the parks during the summer of 1922 and resolved to make parks work and photography his life. Seven years later, he received his dream job and spent the next quarter century visiting the four corners of the country to produce images in more than one hundred national parks, monuments, historic sites, battlefields, and other locations. He was there to visually document the dramatic expansion of the National Park Service during the New Deal, including the work of the Civilian Conservation Corps. Grant's images are the work of a master craftsman. His practiced eye for composition and exposure and his patience to capture subjects in their finest light are comparable to those of his more widely known contemporaries. Nearly fifty years after his death, and in concert with the 2016 centennial of the National Park Service, it is fitting that George Grant's photography be introduced to a new generation of Americans.