Witness, I Am (Paperback) 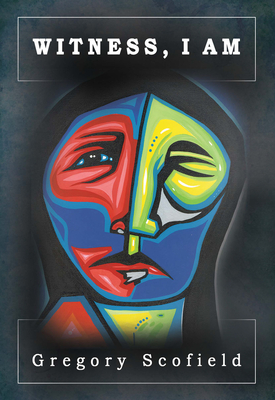 Witness, I Am is divided into three gripping sections of new poetry from one of Canada's most recognized poets. The first part of the book, "Dangerous Sound," contains contemporary themed poems about identity and belonging, undone and rendered into modern sound poetry. "Muskrat Woman," the middle part of the book, is a breathtaking epic poem that considers the issue of missing and murdered indigenous women through the reimagining and retelling of a sacred Cree creation story. The final section of the book, "Ghost Dance," raids the autobiographical so often found in Scofield's poetry, weaving the personal and universal into a tapestry of sharp poetic luminosity. From "Killer," Scofield eerily slices the dreadful in with the exquisite: "I could, this day of proficient blooms, / take your fingers, / tie them down one by one. This one for the runaway, / this one for the joker, / this one for the sass-talker, / this one for the judge, / this one for the jury. / Oh, I could kill you."

Gregory Scofield is Red River Metis of Cree, Scottish and European descent whose ancestry can be traced to the fur trade and to the Metis community of Kinesota, Manitoba. He has taught First Nations and Metis Literature and Creative Writing at Brandon University, Emily Carr University of Art + Design, and the Alberta College of Art + Design. He currently holds the position of Assistant Professor in English at Laurentian University where he teaches Creative Writing. Scofield won the Dorothy Livesay Poetry Prize in 1994 for his debut collection, The Gathering: Stones for the Medicine Wheel, and has since published seven further volumes of poetry as well as a memoir, Thunder Through My Veins (1999). Scofield has served as writer-in-residence at the University of Manitoba, University of Winnipeg and Memorial University.