Chimo-Kuujjuaq: My Time in Kuujjuaq (Paperback) 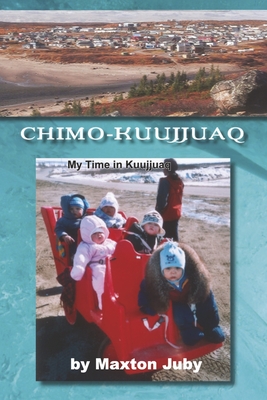 This book, written in verse, tells the history of and life in the town of Kuujjuaq, then (in 2008) also known as Fort Chimo. The town has received sudden prominence as the birthplace and hometown of Her Excellency the Right Honourable Mary Simon, who in 2021 became Canada's 30th Governor General.

For three consecutive summers, I was in Kuujjuaq and assisted on a helicopter electromagnetic and magnetic survey in the Ungava area on the west side of Ungava Bay. This is where mineral deposits were known, but not yet producing (at that time). The areas we surveyed were on the west side of Ungava Bay from Kuujjuaq (then, Fort Chimo) to the villages to the north, including Tasiujaq, Aupaluk, and Kangirsuk.

Kuujjuaq, the largest town has a population of over two thousand people, though I did not get to spend much time in the town. The people of Kuujjuaq were well mannered, and many were occupied with fishing and hunting, but I did not get to know many of them. It was definitely a much different lifestyle than the farm life I had growing up in the Eastern Townships of Quebec, southeast of Montreal.

Max Juby was born in 1931 on a Quebec farm and graduated from McGill University. Most of his professional life was spent prospecting and exploring for gold and other minerals. This involved extensive travel and lengthy periods on time in and around small mining towns across Northern Canada (the "bush"). His principal employer was well-known Canadian mining entrepreneur J.P. (Pat) Sheridan Sr. Max is now retired and lives in Montreal with family.

In 1979, Max discovered his writing bug and has written over 800 poems, some published on Poetry.com and some compiled in 14 books. He has also written over 7,000 songs, singing and performing them in various locations including Reno, Nevada and on YourTube.com. Max has the MaxJuby.com website, and at age 90 continues his prolific production by writing two or three new songs every single day.