The General Theory of Employment, Interest and Money (Paperback) 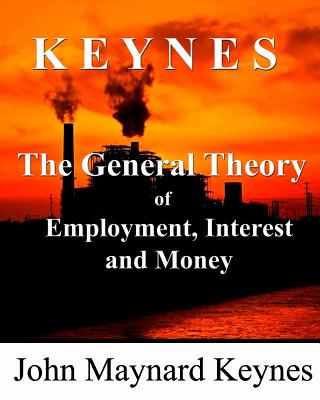 From one of the most influential economists of the modern era, Keynes and his "General Theory" shaped economic thought and government policies for decades to come. Out of this magnum opus arose the Keynesian school of economics. Keynes argues that the level of employment in a modern economy was determined by three factors: the marginal propensity to consume (income that people chose to spend on goods and services), the marginal efficiency of capital (the rate used to see whether investments are worthy) and the rate of interest. This work has enormous implications to the present day in understanding the policies and that have shaped the current environment. "The General Theory is nothing less than an epic journey out of intellectual darkness. That, as much as its continuing relevance to economic policy, is what makes it a book for the ages. Read it, and marvel." - Paul Krugman, Professor of Economics, winner of the 2008 Nobel prize in economics.

John Maynard Keynes was a British economist and professor at Cambridge. He was a prolific author and lecturer and advised many governments and policy makers on economic policy. He was named by Time magazine as one of the 100 most influential people of the 20th century.