To Dare to Tell the Truth: The Story of Daniel Ellsberg (Liberty and Justice #2) (Paperback) 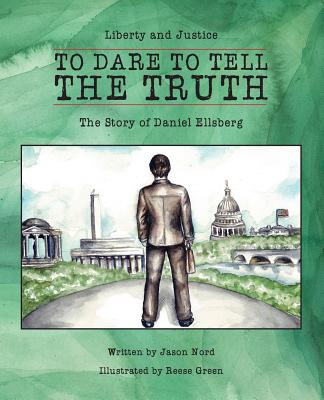 This is book number 2 in the Liberty and Justice series.

To Dare to Tell the Truth follows the life of Daniel Ellsberg, a government analyst who, when confronted by the growing horrors and immorality of the Vietnam conflict, decides to risk his own freedom to bring the truth to the American people. From the jungles of Vietnam, where Dan witnesses first-hand the brutality of modern warfare, to the streets of the United States, where the antiwar movement is challenging the authority of the American government, the story follows Dan on his personal journey from being a top secret military analyst to being a fervent anti-war activist. When Dan decides to help end the war by publishing 7,000 pages of top secret documents, his actions trigger one of the largest FBI manhunts in American history while forcing the American people to reconsider everything they thought was true about their government.