Stirring the Stillness: Book I, Volume One of The Stillness Trilogy (Hardcover) 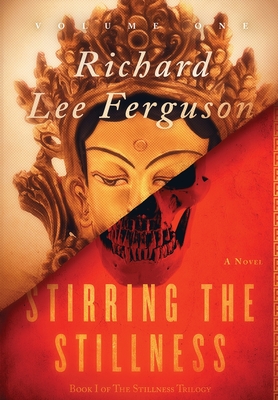 It is war-torn China in the 1930s. Nationalist forces, communist rebels and the invading Japanese army are seemingly everywhere. Amidst this backdrop, a group of pilgrims, accompanied by a schizophrenic American named John Powers, search for a mysterious female known as Her. They bring with them a golden statue, the Precious Object, within which something is tapping undecipherable messages. As the travelers try to somehow survive, John hears voices arguing over his fate. The voices, apparently working in league with Her and the Precious Object, want him to conceive a son with one of the women in the group, a beautiful Chinese pianist. Who is Her? What is the Precious Object tapping? And why do they want the American and the pianist to have a son?