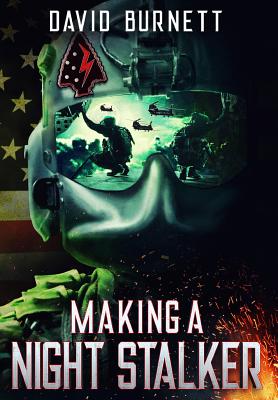 David Burnett takes readers into a unique world of the 160th Special Operations Aviation regiment. His journey starts in a conventional Army unit where he doesn't feel fulfilled in his duties and obligations. This lack of responsibility drives David to pursue the dream of becoming an MH-47G Chinook helicopter crew chief in the most secretive and elite aviation unit in the world.

David is met with constant hurdles and set backs trying to achieve his ultimate goal but he is more determined than ever. After graduating from the units five week selection process he is thrown into school after school and non stop training before being able to step foot on the aircraft he so desperately dreams of crewing on.

After almost a year in the Special Operations unit he is trained and ready to deploy with 160th, and it is nothing short of intense. He learns quickly that his new units mission op tempo is exactly what he had hoped. He is eager to prove himself among the ranks and continues to hone his craft over the next four years. After five deployments with the unit as a crew chief he is discharged from the military.

After leaving the fast paced world of the SOF community he falls into a deep depression. Alcohol becomes the new most important thing, and he finds himself in a new and reckless battlefield. He never saw this coming.