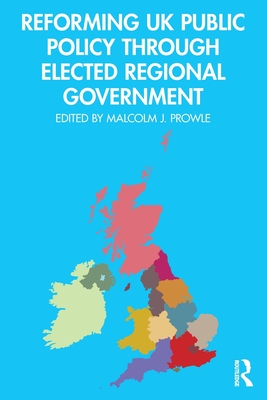 This book takes an in-depth look at the enormous challenges facing UK public services and considers what might be done to resolve them. The authors are confident that more of the same over-centralised approaches to public policy and so-called levelling-up policies will just not work. Instead, they argue for an application of radical measures, involving the creation of elected regional governments in England similar to the devolved arrangements in Wales, Scotland and Northern Ireland.

Although the book is focused on and is of great relevance within the UK, it also has international appeal, as many of the themes discussed will have resonance in other countries and the analysis of public policy in regional administrations will also be of interest in other jurisdictions. It will appeal to students and academics in the fields of government and politics, economics, finance and accounting, public administration, public service management and social policy, as well as policymakers, practicing civil servants, public service managers and elected representatives.