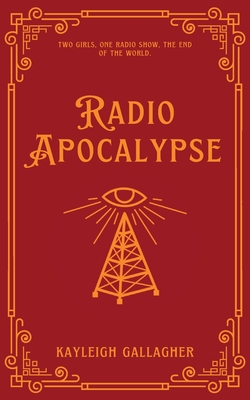 Lota's broadcast has served as the sole beacon in this time of darkness for years now, and she reports on everything from daily events to her own deepest fears in the hopes of connecting with another person. But these hopes begin to dwindle as time goes on, and it becomes increasingly evident that solitary survival under these conditions is unlikely at best.

Rachel, meanwhile, lives on her own in the empty shell of her family's former home and place of work, a laboratory across the ocean, doing anything she can to get by. But when a mysterious disease ravages Rachel's crops and the ghosts of her past come back to haunt her, it becomes increasingly evident that she needs to leave. She has nowhere to go, however, until one night, the impossible happens: she uncovers Lota's broadcast.

Then it becomes a race for them to beat the odds-to cross an ocean and hundreds of miles of radioactive land, outrun superhuman mutations and monsters of every kind, not to mention braving the elements-and for two of the last people on earth to find each other.