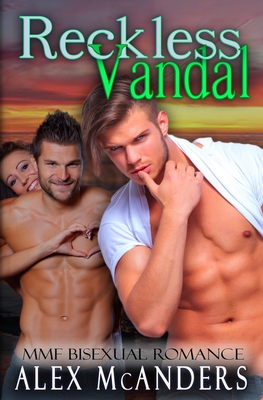 A bad boy billionaire, his good-hearted best friend, and the curvy woman of their dreams fall into an unforgettable MMF bisexual romance when a fake relationship leads to, a first time gay relationship, sizzling encounters, and longtime best friends giving in to their heart-aching passion.

When Hart saw two of his kindergarten students teasing another, he stepped in. When he found out that the kid was being teased because he had two dads, Hart had the kid's imagine how they would treat him, their teacher, if Hart had a husband. Who would have known that one of the kids would misinterpret it and tell his conservative parents... who would then complain to the school's conservative board... who would then go to his principal to get Hart fired?

Luckily the principle put her own job on the line to protect his. And all Hart has to do to save both of their jobs is to invite his "respectable" husband to meet the school board. Too bad Hart doesn't have a husband and the only one he had who would pretend was Vandal, his reckless childhood friend with more money than sense.

As principal, Ivy was surprised to learn that her favorite kindergarten teacher had a husband. Hadn't their night out together been a date? No matter, she wasn't going to allow the school's board to fire him just because he was gay.

But, the question was, how was her heart-thumping work-crush married to her drool-worthy celebrity crush, Vandal Scott. And when the three of them are forced together by a school retreat and the bad boy billionaire makes things complicated, what is Ivy supposed to do considering how tired she is of having more respectability than sex?

It's hard being drop dead gorgeous and born filthy rich, but Vandal Scott struggled through. But, seriously, what was genuinely hard was the boredom. So, when his childhood best friend asks him to play the role of his dutiful husband, Vandal throws himself into the part.

Who would have guessed that his pretend relationship would spark real feelings? Falling in love for the first time and having a billion dollars at his disposal, how will Vandal win the heart of his long time best friend? Laughs, twists, MM, MFM, and steamy MMF scenes follow.