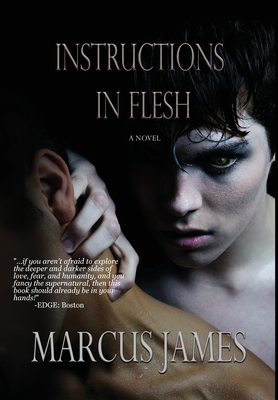 Talbot Mathias has always felt different. He's never really been able to connect with his adoptive parents, has had difficulty making friends at school, and has been tormented for his sexuality ever since entering Mariner High School, a place run by a new generation of teenage Golden Gods from South Hill, Edgemoor, and Fairhaven; legacy neighborhoods along the dark waters of Bellingham Bay filled with generational families with dark secrets and ghosts that seem to be in every window or on every street corner.

As dark visions begin to consume Talbot's nights, his days grow worse and worse because of the vicious treatment at the hands of Thomas Burke, Randy Erickson, and Jared Peters, three stars of the Mariner football team. But what neither Talbot nor his tormentors know is that a haunting transformation is seeping its way through his veins.

Pushed to the breaking point, Talbot does something that changes the course of his life forever.

Now a vampire, Talbot learns that he comes from a line of Born vampires-the Mathias-the only humans in the world with the genetic pre-disposition to vampirism, and Talbot discovers a family he never knew he had. As Talbot navigates his new existence as one of the undead, his horrific dreams of a woman bathing in blood in the bowels of an ancient castle only get worse, and he begins to feel her calling to him-drawing him to her. As Talbot becomes more and more entrenched in the world of the immortal, the shadow war between the Created vampires and the Mathias-Born is revealed.

A bloodthirsty and infamous Bloody Queen awakens, and is hell-bent on purifying the vampire world of the Created; leaving only the Mathias to rule. Through this war, Talbot Mathias discovers that the only one who has any power to stop her is him, and in the process, Talbot unravels the mystery of himself and the mother he never knew. Blending myth, history, and science, Instructions In Flesh is a compelling vampire novel that not only bites the jugular, but goes straight through the heart, exposing the pains of youth and the courage in confronting your own worst fears.