The Rule of Three: Fight for Power (Paperback) 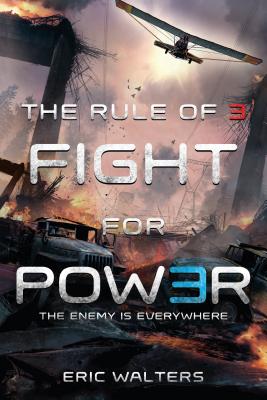 This is book number 2 in the The Rule of Three series.

After sixty-six days of a catastrophic global blackout, life in the suburbs is not what it used to be for Adam and his fortified neighborhood of Eden Mills. Although an explosive clash has minimized one threat from outside the walls, Adam's battle-hardened mentor, Herb, continues to make decisions in the name of security that are increasingly wrenching and questionable. Like his police chief mom and others, Adam will follow Herb's lead. But when the next threat comes from an unexpected direction, nobody is ready for it. And someone is going to pay the price—because of Adam's mistakes and mistaken trust.

In The Rule of Three: Fight for Power by Eric Walters, the gripping second book in the Rule of Three series, everything Adam has fought for is at stake.

Eric Walters, a former elementary school teacher, is a bestselling children’s author in Canada. He is the founder of Creation of Hope, which provides care for orphans in the Makueni district of Kenya. His recent books include The Rule of Three series and Nothing to Fear.

“Fight for power takes off in the immediate moments following the cliffhanger ending of The Rule of Three . . . will appeal to those who are interested in post-apocolyptic scenarios.” —VOYA

“The struggle for survival in a world suddenly bereft of technology continues . . . As the community's sole pilot and therefore crucial for surveillance and reconnaissance, Adam's all too aware that in this post-apocalyptic world, his community is an island of haves in a sea of have-nots . . . The philosophical questions and killer ending will prime readers for the next book.” —Kirkus Reviews