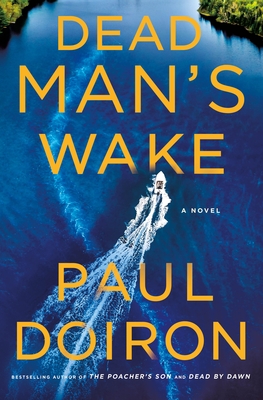 This is book number 14 in the Mike Bowditch Mysteries series.

On the evening of their engagement party, Maine Game Warden Investigator Mike Bowditch and Stacey
Stevens witness what seems to be a hit-and-run speedboat crash on a darkened lake. When they arrive at
the scene, their spotlight reveals a gruesome sight: a severed arm beneath the surface. As day breaks, the
warden dive team recovers not one but two naked corpses: the dismembered man and the married woman
with whom he was having an affair. Mike begins to suspect the swimmers' deaths were not a senseless
accident but a coldly calculated murder.

Meanwhile, the hunt is on for the mysterious boater. Suspects abound on the lake, nicknamed "Golden
Pond", and every discovery leads to a new mystery. Alone among his fellow officers, Mike begins to
sense the involvement of a trained professional, smarter and more dangerous than any enemy he has
faced. As Mike and Stacey get closer to identifying the killer, their own lives are suddenly put on the line,
leading to a confrontation designed to silence them forever.