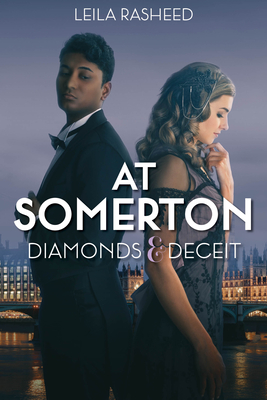 For fans of Bridgerton, this sumptuous sequel continues the tale of two worlds, utterly different yet entangled, where ruthless ambition, forbidden attraction, and unspoken dreams are hidden behind dutiful smiles and glittering jewels.

“A thoroughly satisfying romp…Breathless readers will look forward to the next sudsy chapter in this planned series.” --Kirkus Reviews

London is a whirl of balls and teas, alliances and rivalries. Rose has never felt more out of place. With the Season in full swing, she can't help but still feel a servant, dressed up in diamonds and silk. Then she meets Alexander Ross, a young Scottish duke. She has heard the rumors about Ross's sordid past just like everyone else has. Yet he alone treats her as a friend. Rose knows better than to give her heart to an aristocrat with such a reputation, but it may be too late.

Ada is engaged to a handsome man who shares her political passions and has promised to support her education. So why does she feel hollow inside? Even if she hated Lord Fintan, she would have no choice but to go through with the marriage. Her father's heir seems determined to bring her family to ruin, and only a brilliant marriage can save Somerton Court and the Averleys' reputation. But Ada can't seem to stop longing for Ravi...

Meanwhile, Sebastian is out of his mind with worry for his former valet Oliver, who refuses to plead innocent to the murder charges against him--for a death caused by Sebastian himself. Sebastian will do whatever he can to help the boy he loves, but his indiscretion is dangerous fodder for a reporter with sharp eyes and dishonorable intentions.

The colorful cast of the At Somerton series returns in this enthralling sequel about class and fortune, trust and betrayal, love and revenge.

Leila Rasheed is a British writer based in Birmingham, UK. She is the author of many children’s books, most recently Empire's End (Scholastic, 2020). She grew up in Libya and has lived in Belgium and Italy. She has a passion for history and loves learning about how people lived in the past. As a teenager in England she enjoyed visiting stately homes, which helped inspire Somerton. She also runs a mentoring scheme for England-based children’s writers of colour, called Megaphone: www.megaphonewrite.com.