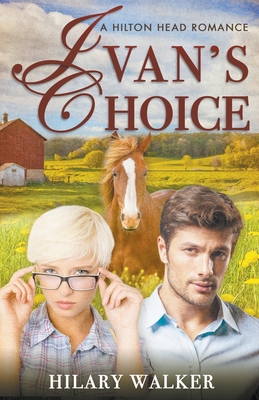 That man calmly walked into the barn and destroyed her world.

She'd moved here two and a half years ago to get away from a previous crushing defeat and now history was repeating itself.

Pippa comes to the Pecan Plantation Equestrian Center one afternoon to find that handsome Bryce McCloud, a famous local dressage rider, wants to buy her beloved lesson horse Ivan from under her nose.

She didn't even know he was for sale

Refusing to give up on the big chestnut, she cuts a deal with Bryce: by the end of the month, Ivan will go to the person he likes the most. Witnesses are recruited to ensure the competition is fair.

Now Pippa has to come up with enough money and persuade Ivan to choose her instead of the pro rider before the deadline.

However, Bryce wows everyone at the barn with his superb riding on the flashy gelding. Then he has to help Pippa handle the powerful animal when hurricane force winds upset him, making her feel increasingly incompetent and unworthy of the horse.

And when Bryce unwittingly reveals the part he played in ruining her life two years ago, she dislikes him even more.

Then she finds out that she's not the only one who's been humiliated. Bryce has recently been dealt two devastating blows and needs Ivan to start his riding business all over again.

Manny, another horse in the barn, would be a better prospect for Pippa - and cost less money. Should she buy the little Welsh Cross and let Bryce have Ivan? Or should she exact her revenge on the man for what he did to her by continuing to vie for the big gelding?

But as she wrestles with this dilemma, she becomes aware of a much bigger problem: her growing feelings for Bryce.