The Dancing Plague: The Strange, True Story of an Extraordinary Illness (Paperback) 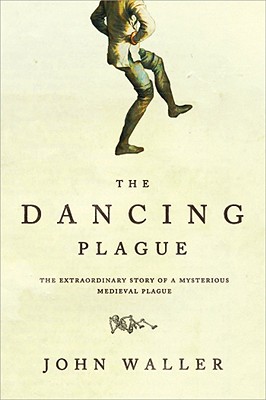 A gripping tale of one of history's most bizarre events, and what it reveals about the strange possibilities of human nature

In the searing July heat of 1518, Frau Troffea stepped into the streets of Strasbourg and began to dance. Bathed in sweat, she continued to dance. Overcome with exhaustion, she stopped, and then resumed her solitary jig a few hours later. Over the next two months, roughly four hundred people succumbed to the same agonizing compulsion. At its peak, the epidemic claimed the lives of fifteen men, women, and children a day. Possibly 100 people danced to their deaths in one of the most bizarre and terrifying plagues in history.

John Waller compellingly evokes the sights, sounds, and aromas; the diseases and hardships; the fervent supernaturalism and the desperate hedonism of the late medieval world. Based on new evidence, he explains why the plague occurred and how it came to an end. In doing so, he sheds light on the strangest capabilities of the human mind and on our own susceptibility to mass hysteria.

John Waller is an Assistant Professor of the History of Medicine at Michigan State University and an honorary research fellow at Harvard University. He is the author of five books, including Einstein's Luck, and has written for several history journals.