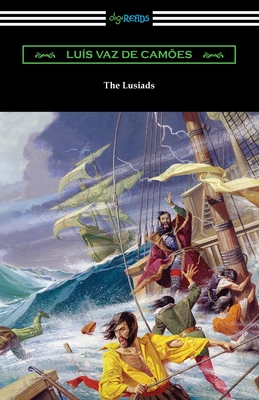 16th century poet Lu's Vaz de Cam es is widely considered as Portugal's greatest classical poet. Most likely born in Lisbon around 1524, Lu's Vaz de Cam es received a formal education, possibly from the University of Coimbra. While his family was poor, his heritage was noble and thus Lu's Vaz de Cam es was able to gain admittance to the court of John III where his career as a poet began. In the 1550s he traveled to the east, passing through the same regions that Vasco da Gama had sailed. It is about this time that he likely began writing his magnum opus, "The Lusiads". First published in 1572, this epic poem, which is frequently compared to Virgil's "Aeneid", relates the Portuguese explorer Vasco da Gama's discovery of the maritime route to India by way of Cape of Good Hope. Composed of over 1100 stanzas in ten books, "The Lusiads" is to this day widely regarded as the most important literary work of the Portuguese language. This edition is printed on premium acid-free paper and follows the translation of William Julius Mickle.