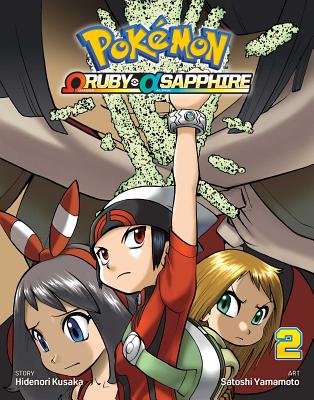 This is book number 2 in the Pokémon Omega Ruby & Alpha Sapphire series.

Awesome adventures inspired by the best-selling new Pokémon Omega Ruby and Alpha Sapphire video games and picking up where the Pokémon Adventures Ruby and Sapphire saga left off!

When Emerald, Sapphire and Steven arrive in Sea Mauville to train, Emerald is attacked by a mysterious Pokémon. Meanwhile, Ruby can’t figure out who truly has the power and desire to save the world. Could it be Ruby himself?!

Why have Team Aqua and Team Magma joined evil forces…?