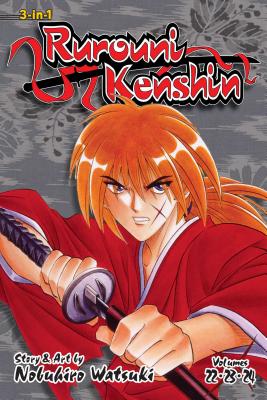 Under attack by an alliance of warriors with grudges against Kenshin, the dojo battles on three fronts at once. Sanosuke takes on weapons expert Inui Banjin and his indestructible gauntlets. Yahiko faces off against Otowa Hyōko, who specializes in the secret techniques of assassination. And Kenshin has a rematch with the puppet master Gein, who’s invented a deadly new toy. All the while, Enishi, the architect of the attacks, watches the chaos from above…