Sophie's World: A Novel About the History of Philosophy (CD-Audio) 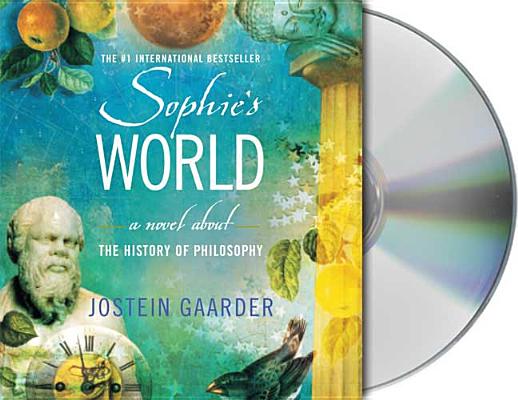 A page-turning novel that is also an exploration of the great philosophical concepts of Western thought, Jostein Gaarder's Sophie's World has fired the imagination of readers all over the world, with more than twenty million copies in print.

One day fourteen-year-old Sophie Amundsen comes home from school to find in her mailbox two notes, with one question on each: "Who are you?" and "Where does the world come from?" From that irresistible beginning, Sophie becomes obsessed with questions that take her far beyond what she knows of her Norwegian village. Through those letters, she enrolls in a kind of correspondence course, covering Socrates to Sartre, with a mysterious philosopher, while receiving letters addressed to another girl. Who is Hilde? And why does her mail keep turning up? To unravel this riddle, Sophie must use the philosophy she is learning—but the truth turns out to be far more complicated than she could have imagined.

Jostein Gaarder is the author of Sophie’s World, an international bestseller that has been translated into more than 50 languages. There are over 30 million copies in print. He was born in Oslo, Norway, in 1952. He taught high-school philosophy for several years before publishing a collection of short stories in 1986 and, shortly thereafter, his first two novels, The Solitaire Mystery and Sophie’s World, and several others since then. He lives in Oslo with his family.

Simon Vance is the critically acclaimed narrator of approximately 400 audiobooks, winner of 27 AudioFile Earphones Awards, and a 12-time Audie Award-winner. He won an Audie in 2006 in the category of Science Fiction and was named the 2011 Best Voice in Biography and History and in 2010 Best Voice in Fiction by AudioFile magazine.

Vance has been a narrator for the past 25 years, and also worked for many years as a BBC Radio presenter and newsreader in London.  Some of his best-selling and most praised audiobook performances include Stieg Larsson’s The Girl with the Dragon Tattoo, Hilary Mantel’s Bring Up the Bodies (an Audie award-winner), Ian Fleming’s Casino Royale, Oscar Wilde’s The Picture of Dorian Gray, Patrick O’Brian’s Master and Commander series (all 21 titles), the new productions of Frank Herbert’s original Dune series, and Rob Gifford’s China Road (an AudioFile 2007 Book of the Year). Vance lives near San Francisco with his wife and two sons.

“Extraordinary…read it for yourself.” —Newsweek

“Sophie's World is sheer delight. How I wish I'd had it during my college freshman survey of philosophy!” —Madeleine L'Engle