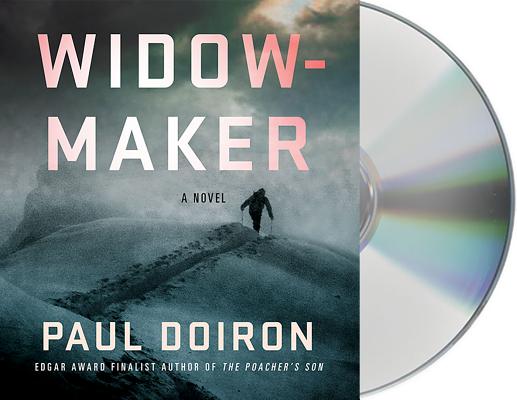 This is book number 7 in the Mike Bowditch Mysteries series.

In Paul Doiron's riveting novel Widowmaker, Game Warden Mike Bowditch is on the trail of a ruthless vigilante amid the snow-covered mountains of Maine

When a mysterious woman in distress appears outside his home, Mike Bowditch has no clue she is about to blow his world apart. Amber Langstrom is beautiful, damaged, and hiding a secret with a link to his past. She claims her son Adam is a wrongfully convicted sex offender who has vanished from a brutal work camp in the high timber around the Widowmaker Ski Resort. She also claims that Adam is the illegitimate son of Jack Bowditch, Mike’s dead and diabolical father—and the half-brother Mike never knew he had.

After trying so hard to put his troubled past behind him, Mike is reluctant to revisit the wild country of his childhood and again confront his father’s history of violence. But Amber’s desperation and his own need to know the truth leads Mike on a desperate search for answers—one that takes him through a mountainous wilderness where the military guards a top-secret interrogation base, sexual predators live together in a backwoods colony, and self-styled vigilantes are willing to murder anyone they consider their enemies. Can Mike finally exorcise the demons of the past—or will the real-life demons of the present kill him first?