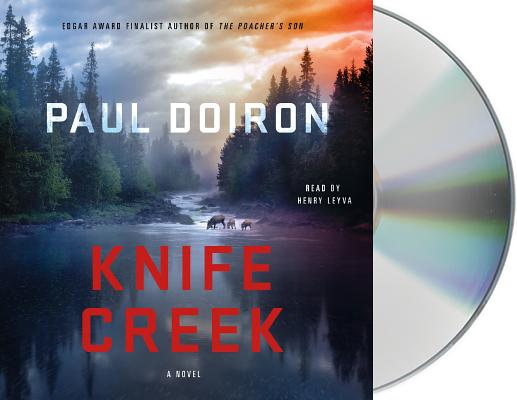 This is book number 8 in the Mike Bowditch Mysteries series.

When Maine game warden Mike Bowditch is tasked with shooting invasive feral hogs that are tearing up the forest in his district, he makes a horrific discovery — a dead baby buried in a shallow grave.

Even more disturbing: evidence suggests the infant was the child of a young woman who was presumed to have died four years earlier after she disappeared from a group rafting trip.

As Bowditch assists the reopened investigation, he begins to suspect that some of his neighbors aren’t who they seem to be. When violence strikes close to home, he realizes that his unknown enemies will stop at nothing to keep their terrible secrets.

Mike Bowditch has bucked the odds his whole career, but this time the intrepid warden may have finally followed his hunches one step too far.

John Bedford Lloyd, a graduate of Yale’s School of Drama, has appeared in a host of major motion pictures, including The Bourne Supremacy, Crossing Delancey, The Abyss, The Manchurian Candidate, and Philadelphia. His television credits include Suits, Pan Am, Law & Order, Spin City, and The West Wing. His critically-acclaimed audiobook narration includes reading for authors such as Michael Crichton, Nicholas Sparks, Paul Doiron, and Atul Gawande, among others.  In reviewing Lloyd’s performance in Better by Atul Gawande, AudioFile magazine declared, “John Bedford Lloyd's deep, rich voice delivers just the mix we look for in doctors--knowledgeable, authoritarian tones mixed with the warm, comforting style that characterizes a great bedside manner.”

"Narrator Henry Leyva keeps listeners on the edge of their seats with his delivery of a story with more murder suspects than Maine has pine trees. He makes the Dow family, reprehensible mountain trash, sound so real that listeners will hate them." -AudioFile on The Precipice

“A violent, suspenseful, fast-paced tale written in Doiron's customary tight, vivid prose, with his keen eye for both idiosyncratic Maine characters and the beauty of the natural landscape.” —Associated Press

"Doiron [makes] the Maine woods live and breathe. . . . Multidimensional characters and a high level of suspense help make this a winner." -Publishers Weekly (starred) on The Precipice

"Doiron's series keeps getting better and better. . . . New readers can jump into the series here just fine, but be warned: You'll be compelled to read the rest."-RT Book Reviews (Top Pick) on The Precipice

"The Bone Orchard [is] both a rich exploration of character and a satisfying mystery story." -Bruce DeSilva, Associated Press