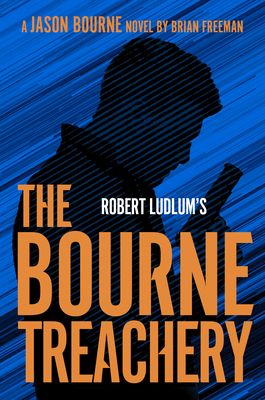 By Brian Freeman
$45.59
This item is backordered. Please contact us for an estimated availability date.

The world's most ruthlessly efficient assassin, Jason Bourne, has carved a bloody swathe through all his opponents, but now he's facing the one force he can't defeat--his own past--in the latest thrilling entry in Robert Ludlum's New York Times bestselling series. Three years ago, Jason Bourne embarked on a mission in Estonia with his partner and lover, a fiery UK-based Treadstone agent code-named Nova. Their job was to rescue a Russian scientist and activist, the leader of an anti-Putin protest movement, who'd recently been smuggled out of St. Petersburg in the midst of an FSB manhunt. They failed. Now, three years later, everything has changed for Bourne. Nova is gone, killed in a mass shooting in Las Vegas. Bourne is a lone operative working in the shadows for Treadstone. He's ready for a new mission when his handler brings him shocking news. The Estonian mission was a set-up. Their target had not been killed. She is still in hiding in Russia and the Russian state intelligence agency is desperately seeking her. Bourne must find her first, but his race to correct the errors of the past will lead him to one inevitable conclusion: Some secrets should stay buried.

Brian Freeman is the bestselling author of more than twenty novels, including the Jonathan Stride and Frost Easton series. His Audible original, The Deep, Deep Snow, hit the New York Times audio bestseller list. His novels have won the International Thriller Writers Award and the Macavity Award and been finalists for the Gold Dagger, Edgar, Anthony, and Barry Awards.Robert Ludlum was the author of twenty-seven novels, each one a New York Times bestseller. There are more than 225 million of his books in print, and they have been translated into thirty-two languages. He was the author of The Scarlatti Inheritance, The Chancellor Manuscript, and the Jason Bourne series--among other novels. Ludlum passed away in March 2001.