Shadows in the City of Light: Paris in Postwar French Jewish Writing (Paperback) 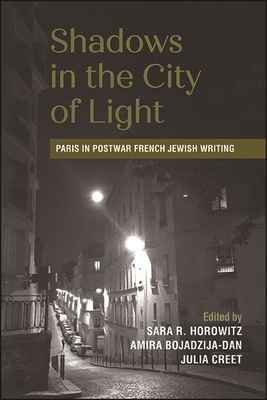 The essays in Shadows in the City of Light explore the significance of Paris in the writing of five influential French writers--Sarah Kofman, Patrick Modiano, George Perec, Henri Raczymow, and Irene Nemirovsky--whose novels and memoirs capture and probe the absences of deported Paris Jews. These writers move their readers through wartime and postwar cityscapes of Paris, walking them through streets and arrondissments where Jews once resided, looking for traces of the disappeared. The city functions as more than a backdrop or setting. Its streets and buildings and monuments remind us of the exhilarating promise of the French Revolution and what it meant for Jews dreaming of equality. But the dynamic space of Paris also reminds us of the Holocaust and its aftermath. The shadowed paths traced by these writers raise complicated questions about ambivalence, absence, memory, secularity, and citizenship. In their writing, the urban landscape itself bears witness to the absent Jews, and what happened to them.

For the writers treated in this volume, neither their Frenchness nor their Jewishness is a fixed point. Focusing on Paris's dual role as both a cultural hub and a powerful symbol of hope and conflict in Jewish memory, the contributors address intersections and departures among these writers. Their complexity of thought, artistry, and depth of vision shape a new understanding of the impact of the Holocaust on Jewish and French identity, on literature and literary forms, and on the development of Jewish secular culture in Western Europe.