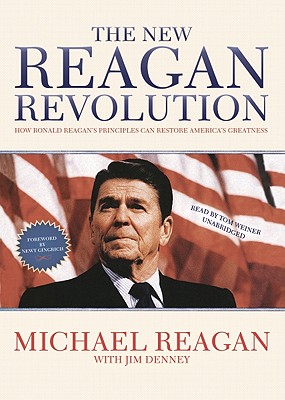 The challenges and threats we as a nation face today are eerily similar to the conditions in the world before the beginning of the Reagan era. In his famous 1976 speech at the Republican National Convention, Ronald Reagan helped define a way forward and strengthened the Republican Party. As we stand at a crossroad once again, we are fortunate to have a blueprint for restoring America's greatness. Reagan has given us the principles to succeed.

This book is not merely a diagnosis of our nation's ills but a prescription to heal our nation, rooted in the words and principles of Ronald Reagan. In these pages, Michael Reagan shares the plan his father developed over years of study, observation, and reflection. It is the plan he announced to the nation, straight from his heart, one summer evening during America's two hundredth year. It is the plan he put into action during his eight years in office as one of the most effective presidents of the twentieth century, and it is the plan we can use today to help return America to its former greatness, soundness, and prosperity.