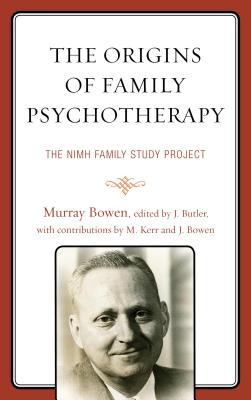 By Murray Bowen, John F. Butler (Editor), Joanne Bowen (Contribution by)
This item is backordered and not currently available. Please contact us for an estimated availability date.

Family therapy has become a well-established treatment modality across many mental health disciplines including clinical social work, psychology, psychiatry, nursing, and counseling. This book tells the story of how family therapy began based on the work of one of the pioneers of family theory and therapy, Murray Bowen, M.D. Bowen's psychiatric training began at the Menninger Foundation in 1946. It was during the later part of his eight years at Menninger's that he began his transition away from conventional psychoanalytic theory and practice. Bowen left Menninger's in 1954 and began a historic family research program at the National Institutes of Mental Health (NIMH) in Bethesda, Maryland. This program, called the Family Study Program, involved hospitalizing entire families on a specialized research ward. He was interested in families with a child diagnosed with schizophrenia. There were two central findings of Bowen's four year project. The first was the concept that the family could be conceptualized and treated as an emotional unit. The second, was family psychotherapy, which began as staff-family daily meetings on the inpatient unit. The findings of Bowen's project remain part of mainstream mental health practice today. From that project, Bowen went on to develop his well known eight interlocking theoretical concepts that continue to be highly influential both in mental health and business. Bowen's project also significantly transformed the therapeutic relationship. The psychotherapist tried to achieve a balance when working with the families by making emotional connections while staying out of intense emotional reactions. They also worked diligently to avoid psychologically replacing parents. This book details the story of how these transformative changes came about by highlighting the original papers of the project.

Jack Butler, PhD, maintains a private practice at Rose Street Mental Health Care in Wichita Falls, TX. He is a licensed clinical social worker, a marriage & family therapist, and a AAMFT clinical member and approved supervisor. He retired as a Colonel from the United States Air Force in 1999. He was the Associate Chief of Clinical Social Work for the Air Force Surgeon General while at Andrews AFB, Maryland. Butler trained at the Georgetown Family Center (now the Bowen Center for the Study of the Family) for five years. He is the recipient of Caskie Research Award from the Bowen Center in 2010 for his work on the Bowen Archives at the NIMH.