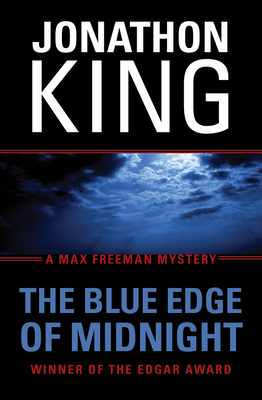 This is book number 1 in the Max Freeman Mysteries series.

The Edgar Award-winning debut of the bestselling Max Freeman mystery series: A tormented ex-cop's mission to solve a grisly murder and earn redemption for his dark past

After a shootout during a convenience store holdup led to the accidental death of a twelve-year-old, Max Freeman left behind the Philadelphia police department for a life in exile in the Florida Everglades. Since then, he has lived in seclusion, haunted by guilt, with the humid night and the nocturnal predators of the swamp as his only company. But everything changes when Freeman discovers a young girl's body floating in the muddy waters and becomes the prime suspect for her murder. To prove his innocence, Freeman must uncover the real murderer--and confront his own tortured soul--before it's too late. This ebook contains an illustrated biography of the author featuring never-before-seen photos.

Jonathon King is an Edgar Award winning mystery novelist and the creator of the bestselling Max Freeman crime series. Born in Lansing, Michigan, in the 1950s, King worked as a crime reporter in Philadelphia and Fort Lauderdale for twenty-four years before becoming a full-time novelist. Along with the seven books of the Max Freeman series, King has authored the thriller "Eye of Vengeance" (2007) and the historical novel "The Styx" (2009)."