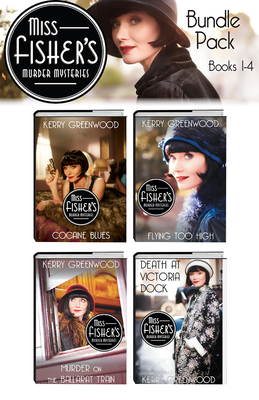 The first four novels in the Miss Fisher's Murder Mysteries series are now available for a limited time in a specially-priced bundle.

Unflappable, unconventional, and uninhibited, the Honourable Phryne Fisher leaves the tedium of English high society for Melbourne, Australia, and never looks back. In her first four adventures, Phryne handles everything—danger, excitement, and love—with panache and flair, and still finds time for discreet dalliances and delicious diversions.

This four book bundle includes: Cocaine Blues, Flying Too High, Murder on the Ballarat Train, and Death at Victoria Dock.