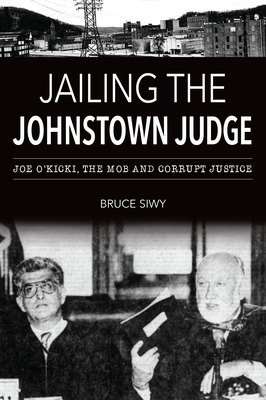 In 1988, Judge Joe O'Kicki was regarded by his peers as one of the most brilliant legal minds in the United States. He was newly re-married, sworn in as the president judge of a Pennsylvania county and on the fast track to a federal bench....

Silently, however, a state police vice unit was in the midst of covert operation into O'Kicki's personal affairs. The judge would be accused of soliciting bribes, frequenting brothels and running the county as if he were a battleship commander. Later he'd concoct a plan to flee the country and exact revenge on his enemies.

Set in the aftermath of the 1977 Johnstown flood and including courtroom testimony, the memos of whistleblowers, contemporary interviews and excerpts from O'Kicki's unfinished tell-all memoir, Jailing the Johnstown Judge is a fresh examination of the extraordinary Western Pennsylvania case that attained international infamy.