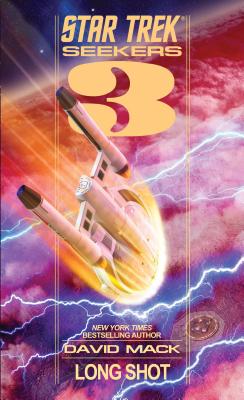 SCIENCE GONE MAD…Bizarre sensor readings lead the Starfleet scout ship Sagittarius to an alien world where efforts to harness a dangerous and unstable technology have thrown the laws of probability out of balance. Now, events that might have occurred only one time in a trillion are hap­pening constantly—to deadly and dazzling effect.

A PLANET IN PERIL…As disasters and miracles multiply globally at an ever-increasing rate, it’s up to Captain Clark Terrell and his crew to shut down the experiment-gone-wrong before its storm of chaos causes the planet’s destruction. But the odds against their success—and their survival—might be too great to overcome.