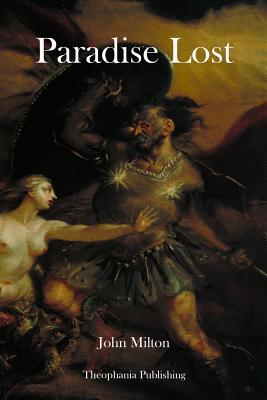 Thank you for checking out this book by Theophania Publishing. We appreciate your business and look forward to serving you soon. We have thousands of titles available, and we invite you to search for us by name, contact us via our website, or download our most recent catalogues. This first Book proposes first in brief the whole Subject, Mans disobedience, and the loss thereupon of Paradise wherein he was plac't: Then touches the prime cause of his fall, the Serpent, or rather Satan in the Serpent; who revolting from God, and drawing to his side many Legions of Angels, was by the command of God driven out of Heaven with all his Crew into the great Deep. Which action past over, the Poem hasts into the midst of things, presenting Satan with his Angels now fallen into Hell, describ'd here, not in the Center (for Heaven and Earth may be suppos'd as yet not made, certainly not yet accurst) but in a place of utter darknesse, fitliest call'd Chaos: Here Satan with his Angels lying on the burning Lake, thunder-struck and, astonisht, after a certain space recovers, as from confusion, calls up him who next in Order and Dignity lay by him; they confer of thir miserable fall. Satan awakens all his Legions, who lay till then in the same manner confounded; They rise, thir Numbers, array of Battel, thir chief Leaders nam'd, according to the Idols known afterwards in Canaan and the Countries adjoyning. To these Satan directs his Speech, comforts them with hope yet of regaining Heaven, but tells them lastly of a new World and new kind of Creature to be created, according to an ancient Prophesie or report in Heaven; for that Angels were long before this visible Creation, was the opinion of many ancient Fathers. To find out the truth of this Prophesie, and what to determin thereon he refers to a full Councell. What his Associates thence attempt. Pandemonium the Palace of Satan rises, suddenly built out of the Deep: The infernal Peers there sit in Counsel.