Queer Judaism: Lgbt Activism and the Remaking of Jewish Orthodoxy in Israel (Paperback) 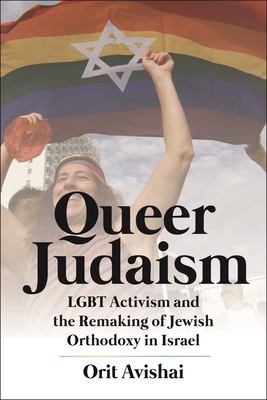 Offers a compelling look at how Orthodox Jewish LGBT persons in Israel became more accepted in their communities.

Until fairly recently, Orthodox people in Israel could not imagine embracing their LGBT sexual or gender identity and staying within the Orthodox fold. But within the span of about a decade and a half, Orthodox LGBT people have forged social circles and communities and become much more visible. This has been a remarkable shift in a relatively short time span. Queer Judaism offers the compelling story of how Jewish LGBT persons in Israel created an effective social movement. Drawing on more than 120 interviews, Orit Avishai illustrates how LGBT Jews accomplished this radical change. She makes the case that it has taken multiple approaches to achieve recognition within the community, ranging from political activism to more personal interactions with religious leaders and community members, to simply creating spaces to go about their everyday lives. Orthodox LGBT Jews have drawn from their lived experiences as well as Jewish traditions, symbols, and mythologies to build this movement, motivated to embrace their sexual identity not in spite of, but rather because of, their commitment to Jewish scripture, tradition, and way of life. Unique and timely, Queer Judaism challenges popular conceptions of how LGBT people interact and identify with conservative communities of faith.

Orit Avishai is a Professor of Sociology and Women's, Gender, and Sexuality Studies at Fordham University.