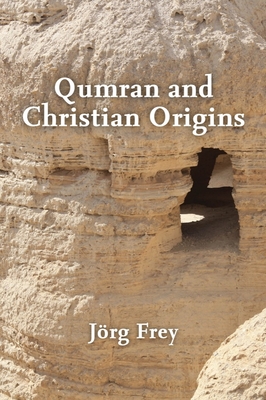 Among the archaeological discoveries of the modern era, the Qumran site and the Dead Sea Scrolls are some of the most significant. These finds offer rich understanding of not only Judaism but also the Christian New Testament. J rg Frey, through careful study and insight, illuminates these texts for the modern reader. Qumran and Christian Origins examines the hermeneutical framework of Qumran scholarship, patterns for relating the scrolls to early Christianity, and the methodological challenges faced by comparisons between Qumran texts and New Testament writings. In a critical evaluation of earlier views, Frey provides a summary of the Scrolls' impact on our views of the historical Jesus, Paul and his language, and the Johannine literature. Frey then considers how the Scrolls inform our understanding of the origins and meaning of apocalypticism, ancient concepts of scriptural authority, and the growth of the biblical canon. The final chapters discuss the relationship between the Qumran texts and ancient testimonies about the Essenes and the connection between the Scrolls and the archaeological site of Qumran.

Drawing on several decades of Frey's research, this book demonstrates why students of the New Testament must study early Jewish texts, and in particular the Qumran corpus, and how these texts can be aptly applied. In the end, the hope is that we will have learned to see the New Testament more in terms of contemporary Judaism. Such insights are of profound theological importance, enabling us to pay attention to a feature of Christianity that was fundamental in its beginnings and is still significant today.