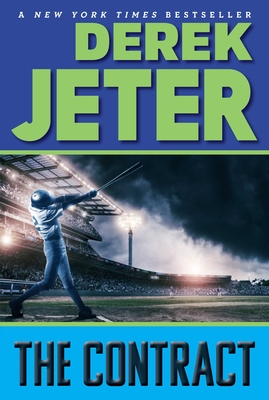 The debut book in the New York Times bestselling Contract series, The Contract is a middle grade baseball novel inspired by the youth of legendary sports icon and role model Derek Jeter.

As a young boy, Derek Jeter dreams of being the shortstop for the New York Yankees. He even imagines himself in the World Series. So when Derek is chosen for the Little League Tigers, he hopes to play shortstop. But on the day of the assignments, Derek Starts at second base. Still, he tries his best while he wishes and dreams of that shortstop spot. And to help him stay focused on school, his parents make him a contract: keep up the grades or no baseball. Derek makes sure he always plays his best game—on and off the baseball field!

Derek Jeter has played Major League Baseball for the New York Yankees for twenty seasons and is a five-time World Series Champion. He is a true legend in professional sports and a role model for young people both on the field and through his Turn 2 Foundation.

Derek Jeter is a fourteen-time All-Star and five-time World Series winner who has played for one team—the storied New York Yankees—for all twenty seasons of his major league career. His grace and class on and off the field have made him an icon and role model far beyond the world of baseball.

Paul Mantell is the author of more than 100 books for young readers, including books in the Hardy Boys and Matt Christopher series.