The End of Olympus (Pegasus #6) (Paperback) 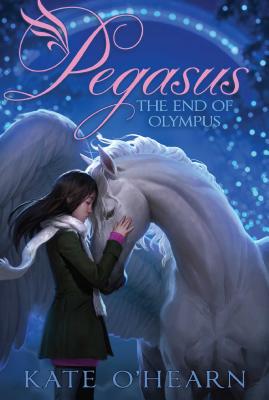 This is book number 6 in the Pegasus series.

Emily and Pegasus face their greatest challenge yet when they venture back to Earth to save a friend in this sixth and final book of an exciting series that puts a modern thrill into ancient mythology.

After the events in Hawaii, Emily is contending with diminished powers, a new body, and the fact that she has to teach the Titan Lorin how to use her own powers. To make matters worse, Joel has been acting strangely towards her ever since she changed, and it’s all become too much.

However, Emily has one last promise to fulfill, one she made a long time ago: to save Agent B from the secret government agency called the CRU. But when Emily, Pegasus, Joel, and Paelen arrive in London, they discover that Agent B has been captured by the CRU and the only way to free him is for Emily and Lorin to surrender.

As Emily and her friends delve deeper into the CRU’s history, horrible discoveries are made. Not only about the victims the powerful agency has been trapping and abusing for centuries, but about the very origins of the secret agency itself.

Origins that lead directly back to...Emily.

Kate O’Hearn was born in Canada, raised in New York City, and has traveled all over the United States. She currently resides in England. Kate is the author of the Pegasus series, the Shadow Dragon series, the Titans series, the Valkyrie series, and the Atlantis series. Visit her at KateOHearn.com.