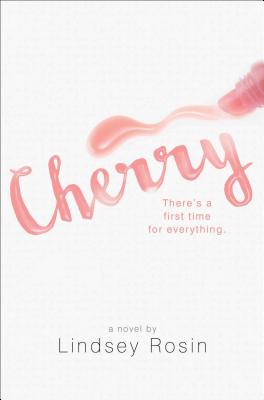 In this honest, frank, and funny debut novel, four best friends make a pact during their senior year of high school to lose their virginities—and end up finding friendship, love, and self-discovery along the way.

To be honest, the sex pact wasn’t always part of the plan.

Layla started it. She announced it super casually to the rest of the girls between bites of frozen yogurt, as if it was just simply another addition to her massive, ever-evolving To Do List. She is determined to have sex for the first time before the end of high school. Initially, the rest of the crew is scandalized, but, once they all admit to wanting to lose their v-cards too, they embark on a quest to do the deed together... separately.

Layla’s got it in the bag. Her serious boyfriend, Logan, has been asking for months.

Alex has already done it. Or so she says.

Emma doesn’t know what the fuss is all about, but sure, she’ll give it a shot.

And Zoe, well, Zoe can’t even say the o word without bursting into giggles.

Will everything go according to plan? Probably not. But at least the girls have each other every hilarious, heart-warming, cringe-inducing step of the way.

From debut author Lindsey Rosin, Cherry is a coming-of-age, laugh-out-loud tale of first times, last chances, and the enduring friendships that make it all worthwhile.

Lindsey Rosin is a screenwriter, playwright, and director. She is a proud graduate of Harvard-Westlake High School and the University of Pennsylvania. A fourth generation Los Angeles native, Lindsey lives in West LA—in close proximity to her favorite froyo spot, The Bigg Chill—along with her husband, Josh, and their adorable poodle-mix named Dodger. Cherry is her debut novel.

Prepare for TMI (in a good way) as Rosin takes you on a page-turning, laugh-inducing roller coaster ride into the hearts, minds, and pants of four high school girls on a quest to lose their virginity by graduation. CHERRY is ripe with the seminal moments every teenager experiences and adult remembers – friendship drama, first love, and finding your way in the world. With an uncanny knack for capturing the comedy, emotion, and lingo of this boy-crazy yet fiercely loyal gaggle of girls, Rosin’s debut novel will leave you with no regrets and all of the feels.
— Aaron Karo, comedian and author of ME YOU US and LEXAPROS AND CONS

If American Pie was gender-flipped, you'd get Cherry by Lindsey Rosin. It's so much more than that, though, because, duh, young women and sexuality is far more intriguing a concept with a lot more stereotypes and hate to overcome. In their senior year of high school, four best female friends make a pact to lose their virginities. Layla has a serious boyfriend, Alex claims she has already done it, Zoe blushes at the idea of sex, and Emma doesn't get caught up in all this sex stuff. Rosin's debut is LOL-worthy, but it also has a lot to say about female friendship and sexuality.
— Bustle