Someone I Used to Know (Paperback) 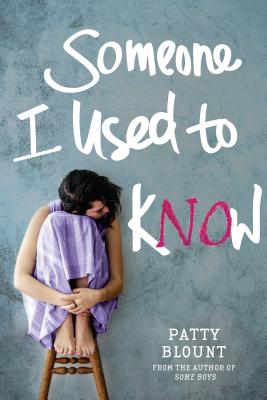 From the award-winning author of Some Boys comes an unflinching examination of rape culture that delves into a family torn apart by sexual assault.

It's been two years since the night that changed Ashley's life. Two years since she was raped by her brother's teammate. And a year since she sat in a court and watched as he was given a slap on the wrist sentence. But the years have done nothing to stop the pain.

It's been two years of hell for Derek. His family is totally messed up and he and his sister are barely speaking. He knows he handled it all wrong. Now at college, he has to come to terms with what happened, and the rape culture that he was inadvertently a part of that destroyed his sister's life.

When it all comes to head at Thanksgiving, Derek and Ashley have to decide if their relationship is able to be saved. And if their family can ever be whole again.

PATTY BLOUNT works as a software technical writer by day and novelist by night. Dared by her 13-year-old son to try fiction, Patty wrote her first manuscript in an ice rink. A short version of her debut novel, Send, finished in the top ten of the Writer's Digest 79th Annual Writing Competition.

"The book clearly emphasizes that rape culture’s pervasiveness can only be mitigated by reexamining
society at large. Realistic and relevant." — Booklist

"Blount has written a heartrending but much-needed view on this subject. This book provides a nuanced look at the toxicity of rape culture and the long-lasting and harming aftermath of sexual assault. " — School Library Journal