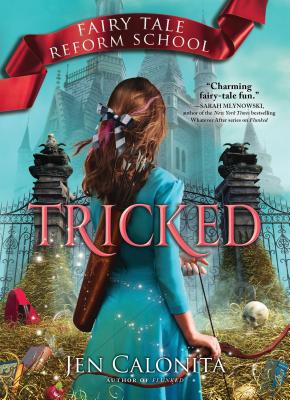 This is book number 3 in the Fairy Tale Reform School series.

At least, that's what Gilly's heard through the Enchantasia rumor mill. Word is, notorious trickster Rumpelstiltskin has taken over management from Headmistress Flora, and he's locked down the school tighter than the Pied Piper's pants. Not that this news concerns Gilly. She's been released from FTRS and is now attending (suffering through) Jack of All Trades School, where she gets to learn about different kinds of shoe leather and ways to measure feet. Truly riveting stuff.

But when Gilly's little sister Anna gets whisked off to FTRS thanks to her troublemaking new friends, Hansel and Gretel, Gilly knows she's got to get Anna out of there. There's only one thing to do; make some serious trouble and get thrown back into FTRS.

It's time to out-trick a trickster.