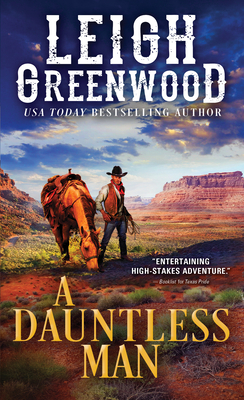 This is book number 2 in the Seven Brides series.

All it takes is one DAUNTLESS man...

Everyone knows the Randolph Boys are the roughest, wildest bunch the frontier has to offer. Madison Randolph considers himself lucky to have escaped their dry and dusty Texas town--and the dark secrets that haunted him like a second shadow. But when his brother is accused of murder, he has no choice but to pack up everything he knows and return home to clear his family's name.

He thinks he's prepared for the fight of his life...but nothing could brace Madison for what's waiting there for him.

As tough as any man who ever tried to stand in her way, Fern Sproull is determined to see her cousin's killer hang for his crime. No smooth-talking stranger's going to stop her from seeing justice done. While the townsfolk of Abilene prepare for the trial of the century, Madison and Fern will have to ready themselves for a knock-down, drag-out battle of the sexes...that might just have two winners.