Mississippi Barking: Hurricane Katrina and a Life That Went to the Dogs (Hardcover) 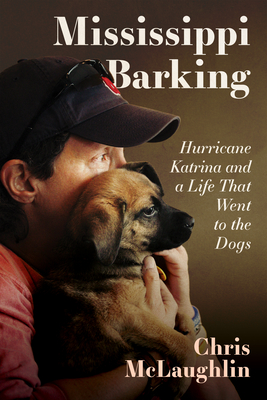 On August 29, 2005, the worst natural disaster in the history of the United States devastated the city of New Orleans and the Gulf Coast of Louisiana and Mississippi. Like many others in America and around the world, Chris McLaughlin watched the tragedy of Katrina unfold on a television screen from the comfort of her living room on Cape Cod in Massachusetts. In the devastation afterwards, almost 2,000 people and an estimated 250,000 animals had perished. Miraculously, many pets did manage to survive. But in the months that followed the hurricane, thousands of them were fending for themselves in the ruins of devastated neighborhoods. They roamed the streets in feral packs or struck out alone. Their plight triggered a grassroots rescue effort unlike any this country had ever seen, and while relief organizations such as the Red Cross were tending to the human survivors, and movie stars and celebrities were airlifting food and endorsing seven-figure checks, a much smaller and meagerly funded effort was underway to save the four-legged victims. With no prior experience in disaster response and no real grasp of the hell that awaited them, scores of animal lovers, including McLaughlin, made their way to the Gulf Coast to help in any way they could. Including photos from four-time Pulitzer Prize-winning photojournalist Carol Guzy, Mississippi Barking spans the course of two years as McLaughlin and others ventured into the wreckage of the Gulf Coast to rescue the animals left behind. McLaughlin tells the moving stories of the people she met along the way, both those who lost everything to the hurricane and those working beside her rescuing and transporting animals away from the neglected, derelict conditions in which they barely survived. Within this story of tragedy and cruelty, suffering and ignorance, Mississippi Barking also bears witness to selfless acts of bravery and compassion, and the beauty and heroics of those who risked everything to save the animals that could not save themselves.

Chris McLaughlin is founder and executive director of the Animal Rescue Front. A graduate of the University of Massachusetts Boston with a BA in earth sciences, she lives in Massachusetts with two cats. This is her first book.