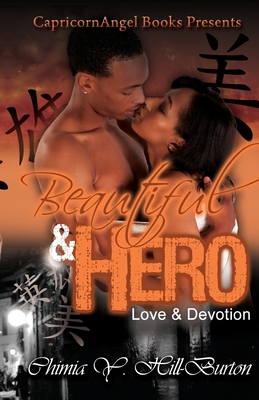 Seventeen year old Derius Kenai Phillips has dealt with a lot within a year's time. After falling in love with an older woman, Derius has left his home with his mother in Florida and moves to Georgia. Derius deals with many different conflicts with his new emotional girlfriend he calls "Beautiful". After finally clearing up any issues between them and having his first child Derius and Karla start living a blissful life. Until Derius's mother Alexandra Phillips charges Derius's girlfriend Karla Na'Shell Jacobs with Statutory Rape Derius will not sit and let his girlfriend go to prison, so he throws himself at the mercy of the court in exchange for Karla's freedom. Now under court order to have no contact with his twenty-nine year old girlfriend Karla till his eighteenth birthday. Derius finds himself tested constantly. Before Derius can return home, he will be tested on his manhood, his love and devotion to Karla, his mother and himself. Derius has to deal with his own emotions about being separated from his new life, his mother's continuous schemes and the unexpected new dramas that arise in this second chapter to Beautiful & Hero.

Chimia Y. Hill-Burton was born in Chattanooga, Tennessee in December of 1981. She was raised in Giessen, Germany. Chimia is the proud daughter of Arline Agwai and Eric Hill. She is the eldest child of four children, her brothers Henry, Lemuel and sister Hadijah. Even as a child Chimia had a great imagination, that she use to entertain her friends, and family. Chimia's creative talents started at twelve years old and flourished then after. During her adolescent years, Chimia continued to write. Stories, poems and figurative writings were all her favorites. Chimia graduated from John McEachern in June of 2000. Chimia then attended Chattahoochee Technical College where she majored in Criminal Justice. After graduating in 2004, Chimia attended Mercer University receiving her bachelor's in Social Science in 2008. Chimia wrote the manuscript for Beautiful & Hero in 2008. Chimia currently resides in Atlanta, Georgia with her husband Michael Lindley.