Khmer Nationalist: Sơn Ngc Thành, the Cia, and the Transformation of Cambodia (Paperback) 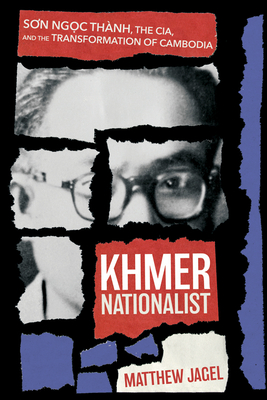 By Matthew Jagel
This item is backordered and not currently available. Please contact us for an estimated availability date.

Khmer Nationalist is a political history of Cambodia from World War II until 1975, examining the central role of S n Ngc Th nh. It is a story of nationalistic independence movements, political intrigue, coup attempts, war, and American intelligence. The rise of Cambodian nationalism, the brief period of Japanese dominance, the fight for independence from France, and the establishment of ties with the United States that kept Sihanouk on edge until his downfall--in all of these, as Matthew Jagel shows, Th nh was fundamental.

Khmer Nationalist reveals how Cambodian nationalism grew during the twilight of French colonialism and faced new geopolitical challenges during the Cold War. Th nh's story brings greater understanding to the end of French colonialism in Cambodia, nationalism in post-colonial societies, Cold War realities for countries caught between competing powers, and how the United States responded while the Vietnam War intensified.

Matthew Jagel is an Adjunct Instructor in History at Saint Xavier University and works in outreach at the Center for Southeast Asian Studies at Northern Illinois University.