Night Witches: A History of the All Female 588th Night Bomber Regiment (Paperback) 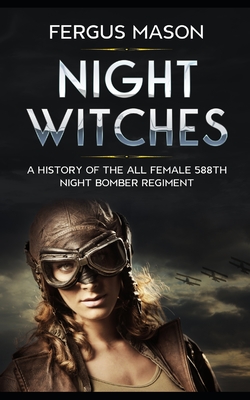 ★★★ The incredible forgotten story of the WWII female bomber regiment ★★★

From 1942 until the end of World War II, the Soviets had a secret weapon: women.

The 588th Night Bomber Regiment was one of the most decorated units; each member had flown more than 800 missions by the end of the war, and twenty-three were awarded the Hero of the Soviet Union (the highest distinction).

Despite all the awards, the unit is largely forgotten now. This book looks at the history of one of the most daring aviation units ever commissioned.