The Summer of the Danes (Chronicles of Brother Cadfael #18) (Paperback) 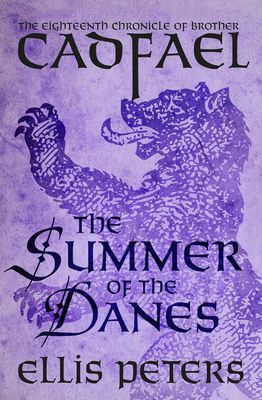 The twelfth-century Welsh monk is caught up in civil war and captured by Danish mercenaries, in the Silver Dagger Award-winning medieval mystery series. In the summer of 1144, a strange calm has settled over England. The armies of King Stephen and the Empress Maud, the two royal cousins contending for the throne, have temporarily exhausted each other. On the whole, Brother Cadfael considers peace a blessing. Still, a little excitement never comes amiss to a former soldier, and Cadfael is delighted to accompany a friend on a mission of diplomacy to his native Wales. But shortly after their arrival, the two monks are caught up in another royal feud. The Welsh prince Owain Gwynedd has banished his brother Cadwaladr, accusing him of the treacherous murder of an ally. The reckless Cadwaladr has retaliated by landing an army of Danish mercenaries, poised to invade Wales. As the two armies teeter on the brink of bloody civil war, Cadfael is captured by the Danes and must navigate the brotherly quarrel that threatens to plunge an entire kingdom into chaos.

Ellis Peters is a pseudonym of Edith Mary Pargeter (1913-1995), a British author whose Chronicles of Brother Cadfael are credited with popularizing the historical mystery. Cadfael, a Welsh Benedictine monk living at Shrewsbury Abbey in the first half of the twelfth century, has been described as combining the curious mind of a scientist with the bravery of a knight-errant. The character has been adapted for television, and the books drew international attention to Shrewsbury and its history. Pargeter won an Edgar Award in 1963 for Death and the Joyful Woman, and in 1993 she won the Cartier Diamond Dagger, an annual award given by the Crime Writers' Association of Great Britain. She was appointed officer of the Order of the British Empire in 1994, and in 1999 the British Crime Writers' Association established the Ellis Peters Historical Dagger award, later called the Ellis Peters Historical Award.