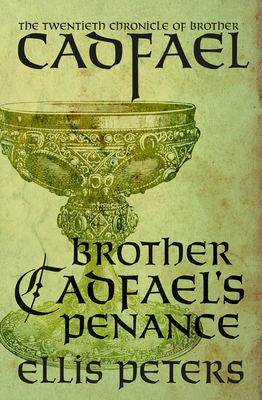 To save his estranged son, a monk risks breaking his vows in this "moving and suspenseful" entry in the Silver Dagger Award-winning medieval mystery series (Booklist). For Brother Cadfael in the autumn of his life, the mild November of our Lord's year 1145 may bring a bitter--and deadly--harvest. England is torn between supporters of the Empress Maud and those of her cousin Stephen. The civil strife is about to jeopardize not only Cadfael's life, but his hopes of Heaven. While Cadfael has sometimes bent the abbey's rules, he has never broken his monastic vows--until now. Word has come to Shrewsbury of a treacherous act that has left thirty of Maud's knights imprisoned. All have been ransomed except Cadfael's secret son, Olivier de Bretagne. Conceived in Cadfael's soldiering youth and unaware of his father's identity, Olivier will die if he is not freed. Like never before, Cadfael must boldly defy the abbot. The good brother forsakes the order to follow his heart--but what he finds will challenge his soul.

Ellis Peters is a pseudonym of Edith Mary Pargeter (1913-1995), a British author whose Chronicles of Brother Cadfael are credited with popularizing the historical mystery. Cadfael, a Welsh Benedictine monk living at Shrewsbury Abbey in the first half of the twelfth century, has been described as combining the curious mind of a scientist with the bravery of a knight-errant. The character has been adapted for television, and the books drew international attention to Shrewsbury and its history. Pargeter won an Edgar Award in 1963 for Death and the Joyful Woman, and in 1993 she won the Cartier Diamond Dagger, an annual award given by the Crime Writers' Association of Great Britain. She was appointed officer of the Order of the British Empire in 1994, and in 1999 the British Crime Writers' Association established the Ellis Peters Historical Dagger award, later called the Ellis Peters Historical Award.