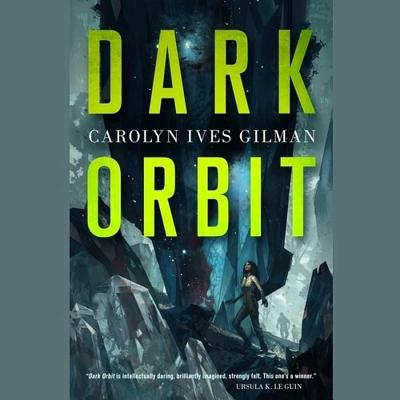 Reports of a strange, new habitable world have reached the Twenty Planets of human civilization. When a team of scientists is assembled to investigate, exoethnologist Sara Callicot is recruited to keep an eye on an unstable crewmate. Thora was once a member of the interplanetary elite, but since her prophetic delusions helped mobilize a revolt on Orem, she's been banished to the farthest reaches of space to minimize the risk her very presence may pose.

Upon arrival, the team finds an extraordinary crystalline planet laden with dark matter. Then a crew member is murdered, and Thora mysteriously disappears. Thought to be uninhabited, the planet is in fact home to a blind, sentient species whose members navigate their world with a bizarre vocabulary and extrasensory perceptions.

Lost in the deep crevasses of the planet among these people, Thora must battle her demons and learn to comprehend the native inhabitants in order to find her crewmates and warn them of an impending danger. But her most difficult task may be persuading the crew that some powers lie beyond the boundaries of science.