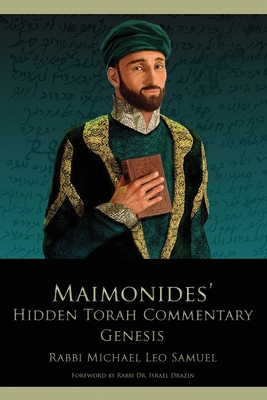 The epitaph on Maimonides's tombstone reads, "From Moses (the prophet) to Moses, there was none like Moses (Maimonides)." The name, "Moses Maimonides" (1138-1204) is an acronym for his Hebraic name Moses ben Maimon). For centuries, yeshiva scholars and students alike affectionately refer to him by the epithet, "the Rambam." Just as the original Moses became the founder of the religion of ancient Israel, Moses Maimonides redefined Judaism for the future generations-more so than any other Judaic thinker or Halakhic scholar who came before or after him. Modern Judaism owes its conceptual and legal foundations to this remarkable thinker. This remarkable person occupies a rare position in the annals of Jewish history and is widely considered as one of the greatest Jewish thinkers and philosophers who ever lived, Maimonides stature reached almost mythic proportions. Jews of all modern religious persuasions-from the ultra-liberal to the Haredi branches of Orthodoxy each claim Maimonides as their patron hero. Both Christian and Islamic thinkers held Maimonides (who refer to him as Musa ibn Maymun in Arabic writings) in high regard.

I have been impressed with the writings of Rabbi Michael Leo Samuel ever since I read his first book on Philo. I enjoyed the comprehensive nature of his writings and the many insights in his books. I liked that he described Philo's views in an easy to read manner and compared Philo views with those of many ancient and modern writers. Since that time, I wrote six reviews of his Philo books and praised them all. There is much in them that will interest and teach both scholars and readers who had no idea beforehand about this first century philosopher, or just a little information about him. Reading Rabbi Samuel's books will introduce readers to a large number of Philo ideas, those of other thinkers on the ideas, including the Talmuds and Midrashim, and about philosophy and Judaism generally. Thus, when Rabbi Samuel asked me to write the Foreword to his first book on Maimonides, I was very pleased to accept his offer, both out of respect for his scholarship and because I wrote many books and articles on Maimonides myself. - Rabbi Dr. Israel Drazin

Rabbi Michael Leo Samuel is the son of a Holocaust survivor. He holds two rabbinic ordinations from the Tomchei Temimim Lubavitch Yeshiva of 770 Eastern Parkway, Brooklyn and holds a D. Min degree from the San Francisco Theological Seminary. He is an avid student of the Greek classics, Biblical and Talmudic scholarship, Jungian Psychology, Western Medieval Theology, Modern Philosophy, and 20th century psychology. He is the author of The Lord Is My Shepherd: The Theology of the Caring God (1996), Birth and Rebirth Through Genesis (2010), A Shepherd's Song: Psalm 23 and the Shepherd Metaphor In Jewish Thought (2014), and Rediscovering Philo of Alexandria: A First Century Jewish Commentator (Volumes, 1-5), (2014-2018).