A Bride for a Day (Matchmaker Cafe #2) (Paperback) 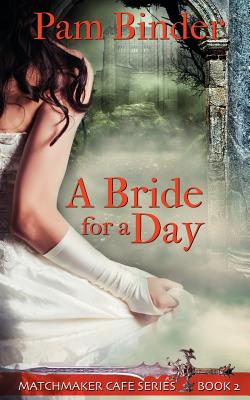 This is book number 2 in the Matchmaker Cafe series.

Of course, Cinderella Charming, C.C. to the world, had heard of "marriages of convenience." After all, her parents had named her and her siblings after fairytale characters, even though she resembled one of Cinderella's cute mice friends rather than a princess. She was also an avid romance reader.

But when her boss, the insanely handsome star quarterback and playboy Michael Campbell, proposed the fake marriage plan, her rational self screamed its objections. True, she'd be given a generous bonus when the marriage was annulled, so she could open her own restaurant. True, the fake marriage would help improve Michael's image. True, she was in Scotland, one of her favorite places of all time. But C.C.'s main objection, and this was a big one, was that she feared she'd already fallen in love with Michael, and they would be spending New Year's Eve together...alone.