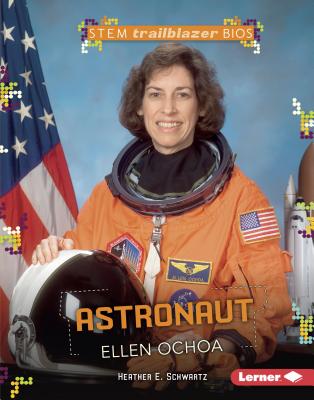 By Heather E. Schwartz
$30.65
This item is backordered. Please contact us for an estimated availability date.

When Ellen Ochoa was young, male American astronauts walked on the moon. But girls were not allowed to be astronauts. Girls didn't often study science either--but Ochoa didn't let that stop her. In high school, Ochoa loved math and science. In college, she studied physics and engineering, and later she became a scientist and inventor. Eventually NASA began accepting women into their astronaut training program. While there, Ochoa developed technology, became the first female Hispanic American astronaut, and logged 1,000 hours in outer space. Learn about Ochoa's hard work and perseverance on her journey toward becoming a scientist, inventor, and astronaut.